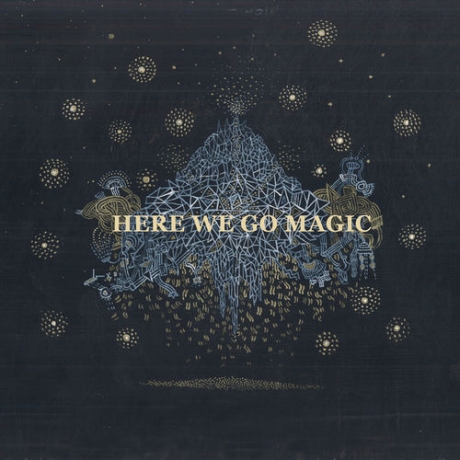 The debut album by this Brooklyn-based group has been on heavy rotation for me quite a while.  Even more so now that the Grizzly Bear/ Here We Go Magic show at The Fillmore is merely days away.  I’ve been listening to it incessantly all week and I am as infatuated with Luke Temple’s (Magic) voice as I am with Ed Droste’s (Grizzly Bear).  Both are pure and angelic and the two bands complement each other perfectly.

Both albums are atmospheric but Magic is decidedly more lo-fi and ambient in a Panda Bear kind of way with lots of loops and multi-tracked vocals.  The beautiful, murky rhythms of “Tunnelvision” and “Fangela” are representative of much of the sound found on the album.  But I must confess they lose me on a couple of their noise, experimental tracks toward the end. While it’s a bit incongruent to the overall flow of the album, it doesn’t overshadow the overall experience – enchanting.