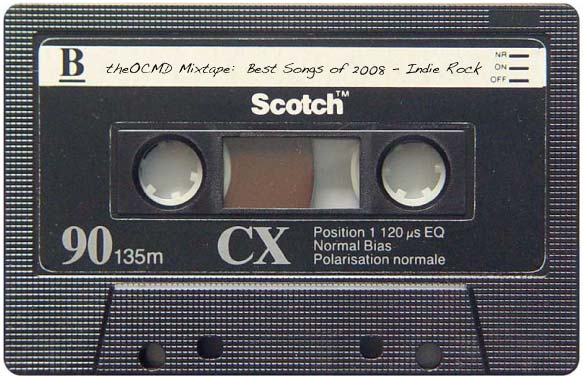 Every year I host a music swap with my music geek friends where we share our top albums of the year.  This year we spiced it up a bit by adding a new component – a mix of your favorite songs of 2008 by artists not represented in our Best Albums of 2008 list. (Ryan’s rules, not mine.) So here it is, my mix of some of my favorite indie rock tunes for 2008. I was struck by a lot of San Francisco local music this year and have noted those artists with an asterisk (**).  I enjoyed the emergence of such good music from my hometown and hope you will too. Enjoy!

Get these albums free via eMusic’s 50 Free MP3 Promo

These guys have a great 60s surfer, AM radio sound.  Soaked in reverb and sunny California pop harmonies, their debut album Old Home Movies sounds (and looks) like a classic from the past.

Okay, you’ve probably heard of this band.  Their debut album, Visiter, was a darling of many a music critic.  And for good reason; it’s exceptional.  To see them perform live is spellbinding. They are one of those artists whose energy and passion translates better in a live forum. Their world tour is already underway, so all of you international readers have no excuse!

Another Bay Area indie pop group on the verge, their new album, Talking Through Tin Cans, was my go to album of the summer.  Fresh and irresistible. That and my little boy loved it.  He’s got a good ear, that kid.  It was his first concert too.  If you’re local, be sure to catch their last show of the year, December 5 at The Rickshaw Stop with The Muslims and Miniature Tigers. 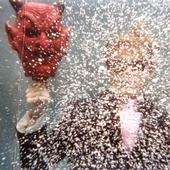 I caught this guy opening for another local favorite, Girls, recently and was smitten.  Admittedly, when I first saw this virtual one man band take the stage with his jerry-rigged drum kit and guitar, I couldn’t help but think, ‘Oh Christ.’ Which was quickly followed by ‘holy shit!’  He’s touched with that way back sound I love so much. Just take a listen and you’ll see what I mean.

Listen to ‘The Drag’:

Listen to ‘So Alone’: