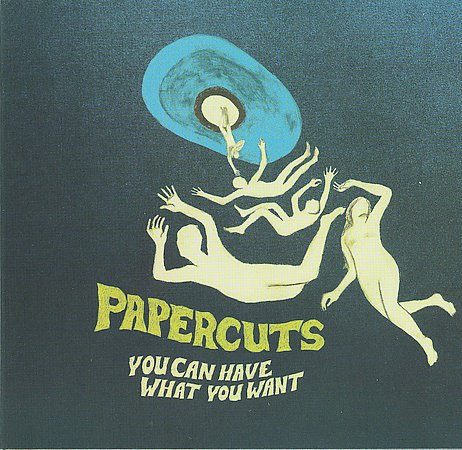 Artist: Papercuts
Album: You Can Have What You Want
File Under: Lo-Fi Indie Pop
Recommended if You Like: Beach House, Grizzly Bear, Vetiver
Featured Tracks: “Future Primitive”

Really?  I can have what I want?  I thought the saying was you can’t always get what you want.  But if the former is the case, I’ll take a walk in closet please.  And $10 million dollars.  Yep, I think that’ll do.

I guess that’s the difference between me and Jason Quever, the mastermind behind San Francisco’s Papercuts.  I grew up middle class bourgeois; he was raised on a commune in Humboldt County, orphaned, then wandered the West Coast before calling San Francisco home.  Knowing that will give you some insight into his music. Jason is an analog guy living in a digital world – using vintage organs and 4 track tapes to create that  hazy, lo-fi, dream-pop sound of a bygone era.  “Future Primitive” is an apt description.  Headphone heaven is the end result.

You Can Have What You Want is Papercuts third album, due out April 17. (Thanks AG for the advance!) Be sure to catch their April 24 record release show with the Finches and Cryptacize at Cafe du Nord in San Francisco.

5 thoughts on “Papercuts – You Can Have What You Want”