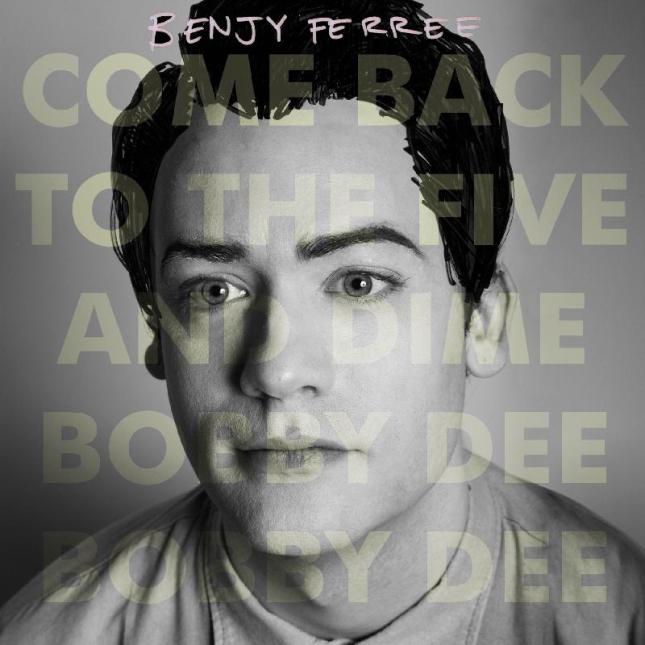 Benjy Ferree was one of my most anticipated shows of SXSW and my most disappointing. Imagine stumbling upon this track in the myriad of bands you’ve researched for SXSW, then arrive at an acoustic show. I was a disappointed, but not deterred.

After Austin, I dug into Ferree’s sophmore release Come Back to The Five & Dime, Bobby Dee Bobby Dee.  The track, “Pisstopher Crisstopher”, that led me to him has been on repeat since Austin and will definitely make my ‘Best Songs of 2009’ list. (Can you hear Jack White in there?) Expecting to hear more of this hard-driving rock, I was a bit thrown by the hodge podge of genres on the album – a little rockabilly one minute then some Americana, du wop and rock the next. Not that it was bad, it was just a little confusing.

Then I learned the story behind the album, Come Back to The Five & Dime, Bobby Dee Bobby Dee, and it started to make a bit more sense.  It’s a concept album inspired by the childhood actor, Bobby Driscoll, who from the age of 6 to 16 was the most acclaimed childhood actor of his time (’50s).  Then he grew up, stopped being cute, and ultimately died alone at the age of 31 in his Manhattan apartment. His body went unidentified and was buried in an unmarked grave – so the story goes.

Ferree, himself a failed actor, used this story as inspiration for the album.  Going so far as trying to recreate the appearance of Driscoll on the cover of his album.  An interesting story, to say the least.  Knowing this definitely gave more clarity to what I was listening to, especially the 50s du wop and rockabilly influence. I’m just not convinced he nailed the execution. There are, however, some real gems on the album that make we wonder what he can do when he’s not caught up in playing to a concept.  I will be watching him, and waiting to find out.