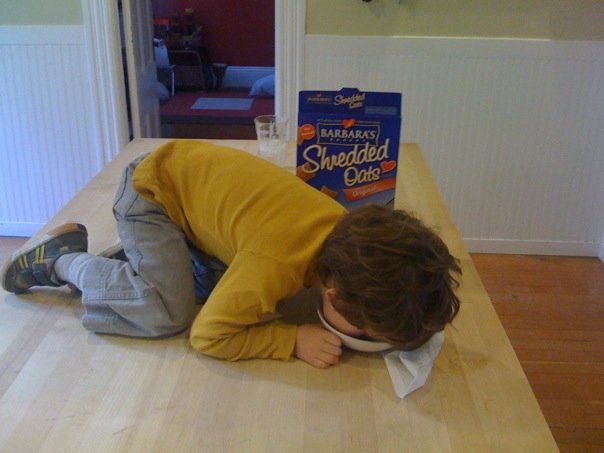 And so the age of imagination begins.  While it may look like my boy is seriously lacking in table manners, he’s actually pretending to be a kitty-cat.  Kitty-cat Judah to be exact.  He mews, crawls around on all fours, likes to be petted and – most importantly – insists on being served a bowl of milk. Preferably, he’d be drinking from the bowl off the floor, but we had to draw the line somewhere.  So here he is lapping up the leftover milk from his cereal bowl.  I try not to get too disturbed by these episodes and instead focus on the positive aspects – like his creativity and commitment to character.  Who knows, maybe he’ll be a respected character actor like Philip Seymour Hoffman one day.

Listen to M. Ward‘s “Never Had Nobody Like You” from his new Hold Time album out now.

Leave a Reply to the OCMD Cancel reply