The Blacks bowled me over when I stumbled across them at SXSW a couple of years ago.  The San Fran/NYC based band has one of the most raw, energetic live shows I’ve ever seen.  Featuring guitar (Luisa Black), drums (Gavin Black) and wild-eyed tambourine player JDK Blacker, their sound has been described as the love child of Karen O. and The Jesus and Mary Chain.  They flat out rock.  And tambourine man JDK Blacker is a sight to behold.  He plays like he’s exorcizing demons and it’s absolutely spellbinding.

In a bittersweet moment last week, The Blacks released their third and final album, Tiger Songs, on Tricycle Records.  Turns out the band is calling it quits after two and a half years.  Death by tambourine, they reported. They’re breaking up because tambourine man JDK Blacker is quitting and the band wouldn’t be the same without him.  True that. 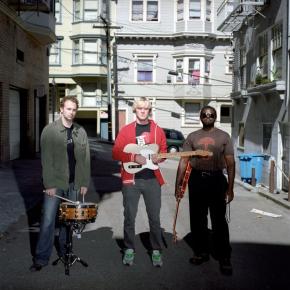 San Francisco/Oakland-based Raised by Robots pays homage to a multitude of musical influences – among them early 90s indie, soul, post punk, country, and hip hop.  Sort of a multiple personality disorder perhaps, but I really like this track. 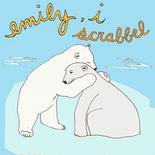 Bay Area indie pop rockers, Scrabbel, are highly influenced by all things ’65-’75 and you can hear it in their music. Sunny, sweet songs that have a bit of that Belle and Sebastian feel.  On the dark side, they also do a nice cover of My Bloody Valentine’s ‘Sometimes‘.

Listen to ‘Emily and I‘: 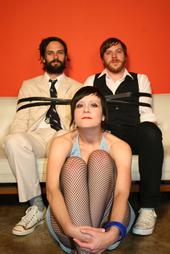 Described as ‘the love child of Karen O and Jesus and Mary Chain,’ The Blacks flat out rock. I completely fell in love with them this year at SXSW.  It was tambourine player JDK Blacker that did it for me.  He plays the tambourine like he’s exorcizing demons. It’s spellbinding.  The SF/NY based trio are known for their short, blistering stage shows and laser-beam intensity. Their debut full-length “Nom de Guerre” was released in 2007 on Tricycle Records. “Tiger Songs” is their latest EP.