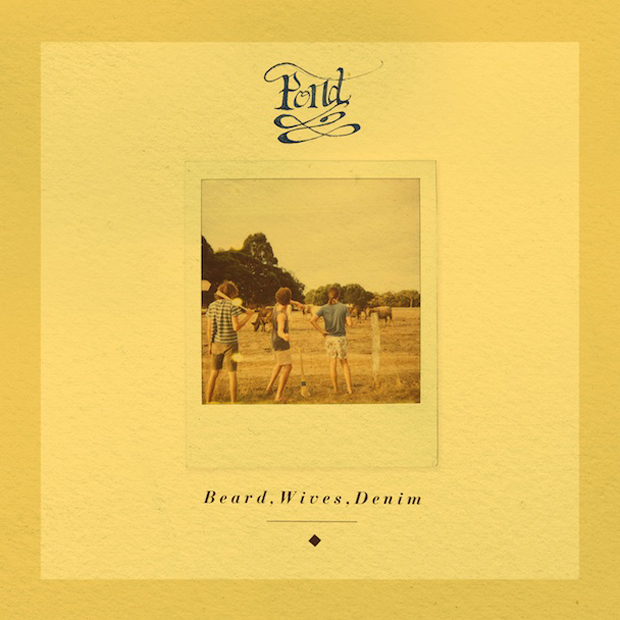 One of my more anticipated albums of 2012,  the lastest release by Australian group Pond features two members of Tame Impala‘s touring band, Nick Allbrook and Jay Watson, and a lot of that Tame Impala- esque psych rock goodness you’ve come to know and love. They’ve just announced an extensive US Tour and will be announcing SXSW show dates soon! Stream the new album in it’s entirety on Hype Machine now.

I love King Tuff! And while we anxiously await his next full length album, we’ll have to make do with the “Wild Desire” b/w “Hole in My Head” 7″ that drops April 3 as part of the Suicide Squeeze Single series featuring some other fantastic bands like The Coathangers, Dalvia 666 and White Woods. You can pre-order the King Tuff single or a sweet little bundle of all of the above artists right now. SXSW goers and Left coasters, be sure to catch the man called @kingtuffy at the following shows:

This is exactly the kind of band you need 8 hours into your SXSW schedule when you need a serious jolt of energy. Luckily the Newcastle trio will be making the journey to Austin this year, appearing at several showcases and previewing new material off their forthcoming ‘Tropics EP’ due out in May.

I’ve really been enjoying this recent (mostly) girl band discovery from Los Angeles, Warpaint. And by the looks of their SXSW schedule, so is everyone else.  Seeing that they are on the showcase line up for the biggest tastemakers on the Internet – including WOXY, Aquarium Drunkard, My Old Kentucky Blog, Pitchfork and Gorilla vs Bear – I’d say the future looks bright for this group who’s debut LP will be released later this year. 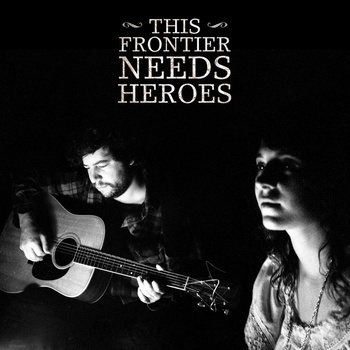 When this Brooklyn-based brother and sister folk duo contacted me about their debut album saying they toured the UK with one of my favorite bands, She Keeps Bees, I couldn’t help but take note.  Indeed there are similarities with their stripped down sound and stories of love, loss and longing, but This Frontier is a more folky variety. Check out the track ‘Firefly’.  And if you’re heading to Austin this year for SXSW, look for them on the schedule.

SXSW is perfect for guys like me – guys with short attention spans who often find themselves drunk, lost, happily muddled, separated from friends, and attracted to alcohol and music like Angelina Jolie is to orphanages.  So it was with little surprise that, while most of the crew actually stuck to Julie’s carefully-planned schedules and were miles away uptown, I was meandering through the sun-drenched and hipster-thronged streets of downtown Austin in search of another free cold beer and some shade.
Now it may have been just dumb luck, but I do believe that I purposefully made my way into the back patio of Red Eyed Fly to stumble upon Titus Andronicus hurriedly plugging in amps and setting up mikes while an indifferent crowd milled about.  So I was hardly prepared when this group of bedraggled guys launched into an all-out-audio-assault.   It was as if a 19-year-old Paul Westerberg (one of my rock n’ roll gods) was wailing over unpolished, bombastic, fast-driving anthems that bordered between a roided-up Springsteen and Andrew W.K. When the set finally finished and I came to my senses, I wanted to high five someone.   But sadly, as the “lost guy of the group” I found myself unable to share my glee with a crew member.  Sigh.
“The Airing of Grievances”, T.A.’s first album, and I hope a nod to us “Seinfeld” fans, was released this past January and rocks the whole way through.  Don’t expect produced shoegaze or clever instrumentalism here. In fact, don’t expect much production at all.  This is just sloppy (and I don’t mean that as a criticism), brash music that makes you want to step on the gas, roll down the windows, and punch your car roof while singing at the top of your lungs. Just remember to watch out for pedestrians and cops.
Listen:  Titus Andronicus, “Upon Viewing Bruegel’s Landscape With ‘Fall of Icarus” 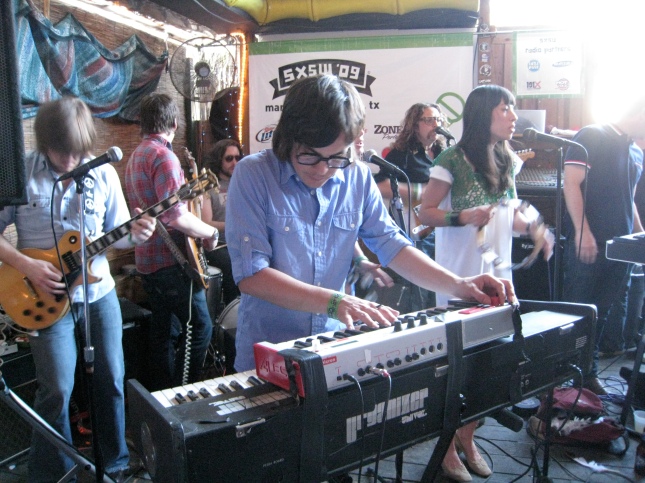 The day couldn’t have kicked off better than with The Phenomenal Handclap Band.  With 10 members deep, it was one of the better dance rock bands I’ve seen in a while.  Truly infections.  Especially with San Francisco’s Bart Davenport joined them in his 70s attire on stage.  Everyone one who was anyone in the indie rock world seemed to be there.

Other highlights of the night were definitely Girls and Grizzly Bear at Central Presbyterian Church.  I had goosebumps for the entire Grizzly Bear performance.  Sitting in pews and hearing them perform in a beautiful stone church was one of the better music experiences I’ve had of late.  Truly awesome and transcendental.  My religion! 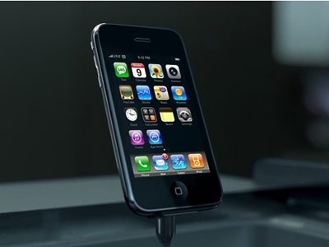 Hey all you iPhone users heading to SXSW this week: good luck Twittering, texting and making phone calls. The annual SXSW geekfest has been well underway and already reports for iPhone reception is dismal.  This is likely the first year thousands of iPhone users have descended on Austin and AT&T is unprepared.  A recent update says the company is adding capacity but it may be a good idea to buddy up with a friend on a different network just in case.

Rock and roll hoochie coo! Man, my musical stars were aligned last week. There’ve been so many good shows and so many more to come with SXSW merely days away, I think my head’s going to explode.  Dan Auerbach‘s show at San Francisco’s Bimbos last Friday was just another display of rock-n-roll awesomeness.

Better known as half of The Black Keys, Auerbach’s solo endeavor is more of the same swampy, blues-tinged rock but, dare I say, even bigger and more dynamic. Whereas The Black Keys have that stripped down two-man band vibe, Dan has a 5 piece band supporting him (mostly comprised of musicians from the project he produced, Hacienda): two drummers, keyboardist/organist, rhythm guitar and bass player.  Wow!  I lost my socks somewhere at Bimbos.

If you’re going to SXSW and don’t have Dan Auerbach on your agenda, you’re a bona fide fool.  Pencil it in and make sure you pick up his new album, Keep it Hid.

Listen to “I Want Some More”: 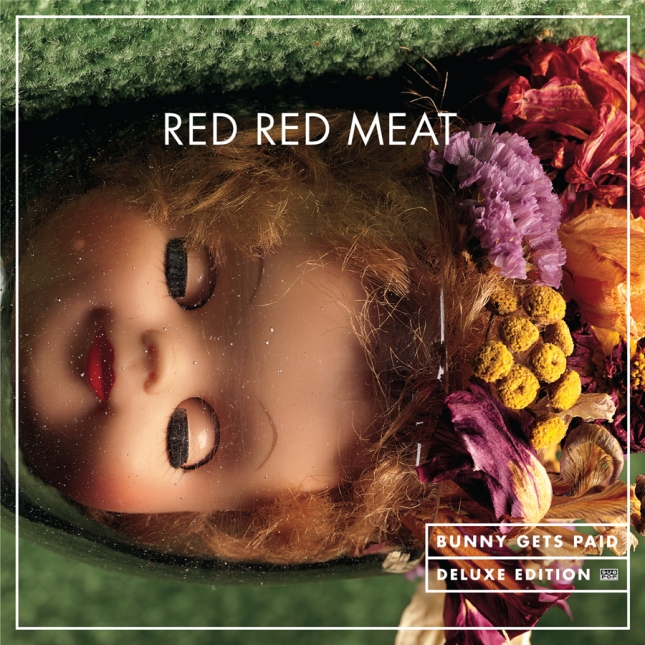 Red Red Meat’s third album, Bunny Gets Paid, has been out of print and unavailable for some time now. Sub Pop is planning to reissue a remastered, deluxe edition of the acclaimed 1995 album on March 24th. You can pre-order now. Plus the band is getting back together to play a few shows.  They will be playing at the Sub Pop showcase at SxSW this year on March 19th and Waterloo Records in Austin during SxSW on Saturday, March 21st.