2009 seems to be the year of artists embarking on new solo efforts, side projects and collaborations.  It’s become quite a task to keep up with it all.  So much so I’ve actually created an Excel spreadsheet to track it. (But hey, I’m OCMD like that.) The proliferation of new projects and good music being put forth this year is astounding. And it’s a good thing.  It points to the positive – and much needed – evolution of the music industry.  This multi-part series will try to make some sense of it all by laying out the notable artists and projects released this year in all of their various incarnations. Enjoy. 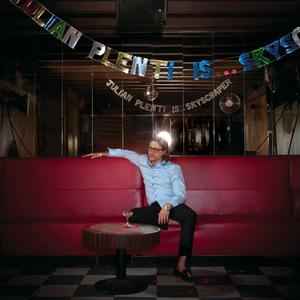 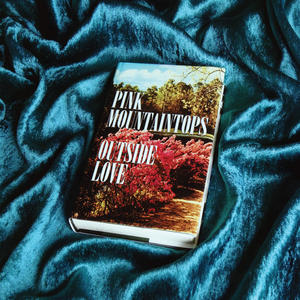 “While We We’re Dreaming”

Outside Love is the third album by Pink Mountaintops (not to be confused with Pink Mountain), AKA Stephen McBean, who has slowly emerged as a distinctive voice and a very special contributor to the North American songbook. A veteran of the Vancouver/Victoria punk rock scene, McBean is best known for his contributions to acclaimed rock band Black Mountain, (is there a band Purple Mountain somewhere?) as principal songwriter, guitarist and co-vocalist.

According to their bio, the ten songs on Outside Love are about or influenced by weddings in Montreal, winter, Pink Floyd’s The Final Cut, Christmas albums, that one Exile song and that one Echo and the Bunnymen song, the Bermuda Triangle, being depressed in the sunshine, people who haven’t made out yet but will in the future, The Everly Brothers, clowns in the ceilings, and bedrooms where skinheads used to live. 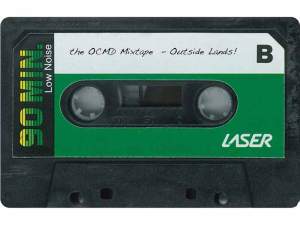 Whoo hoo!  Two more days to Outside Lands and Radiohead.  Here’s a mix I compiled of the bands I’m looking forward to seeing on Friday.  If I can cram it all in. Enjoy!  If you want the MP3 file, you’ll need to sign up for the OCMD Mixtape newsletter.

File this ‘black’ band under the psychedelic stoner rock category, for sure. Hailing from Vancouver, this group has received the high honor of being one of the top ten Canadian 2008 Polaris Music Prize finalists for their second album, In the Future.

Check out the Polaris website for more details on the final nominees contending for Canada’s coolest music prize – many of which were on heavy rotation for me throughout last year.  If you’re not up on the Canadian indie music scene, the long list of nominees is a must read. It’s a veritable who’s who of Canadian indie rock….except for the noticeable absence of Sunset Rubdown and Handsome Furs.  Guess the Canadians aren’t Wolf Parade fans.

Congratulations and best of luck to Black Mountain, but I’ll be rooting for Caribou. Featured is the Black Mountain video, Angels.

Scrolling through my music library recently – in alphabetical order of course – it became apparent to me that if you want to be a hip, cutting edge indie rock artist, you should insert the word ‘black’ or ‘crystal’ into your band name somewhere.  There have been three debut LP/EPs from Crystal bands alone this year:  Crystal Antlers, Crystal Stilts and Crystal Castles.  Not to mention the bevy of ‘black’ dubbed bands with new albums out like Black Angels, Black Keys and Black Mountain to name a few.

Personally, I find myself more drawn to the ‘black’ bands as these groups tend to be of a more dark and moody ilk. (You know, the kind that attracts a predominately male audience.)  For some reason, whenever I free associate ‘crystal’ bands, my mind immediately goes to 80s synthpop.  I just can’t help it.  I’m very judgmental toward the ‘crystal’ set.  Is this fair?  Is there any relevant basis for me to draw such a biased conclusion?  And why is there no band named Black Crystal yet?

Welcome to the first OCMD Trendspotting series – Black Crystal Bands– where I’ll explore some of the new emerging artists in this category (read: no Black Crowes, Black Sabbath, etc.), attempt to answer some of these questions, and hopefully turn you on to some great new music in the process!

I’ve got at least 10 bands to tackle in this series, but I would love to hear your thoughts, comments and additions of other worthy bands I may have missed.

Tune in tomorrow for The Black Angels.