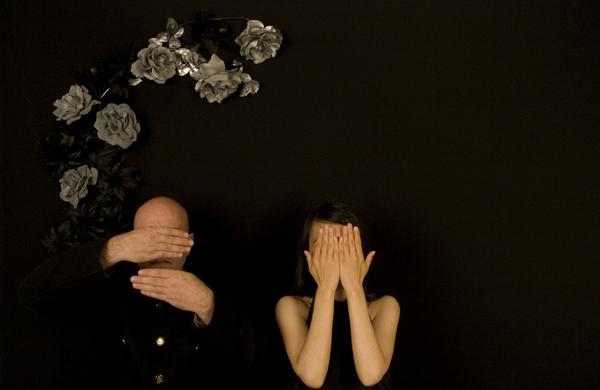 I’ve been on an electronica kick ever since I got off the beach in Mexico. Something about sand and ambient grooves seems to go really well together.  That and I’ve been immersed in my Best Electro Pop 2009 Mixtape (coming soon). Which leads me to a tune I’ve been digging from San Francisco’s very own electronica duo, Silver Swans. Channeling eerie soundscapes reminiscent of The Knife, vocalist Ann Yu and  producer and musician, Jon Waters have recently released their dreamy, electro pop single ‘Realize The Ghost’ that will soon flourished into a full length debut on Tricycle Records in January 2010. Pay attention!