And here it is.  My top 20 albums for 2008.  This list represents the music that inspired me throughout the year and the albums that I kept coming back to again and again.  I’ve tried to put the critic hat aside to be very honest in my ranking.  What you see here, in order of appearance, are the albums I listened to the most throughout the year.  In order of heavy rotation, so to speak.

So while some of you may judge my harshly for listing bands like The Raconteurs in the top 10, the truth of the matter is I listened to that album a lot this year and it got me off every time. It’s a great rock album. Plus they were one of my favorite live performances of the year.  And hey, if they’re good enough to make Nic Harcourt’s top 10 list, it’s good enough for me.

This album blew me away from the first listen and put Bradford Cox into the genius category for me. I really and truly can’t stop listening to this album. It’s brilliant start to finish and much more melodic and song-oriented than other Deerhunter albums. A classic for sure.

I’m truly obsessed with this Austin-based band. I listen to this album, without fail, every single day.  I start with the Let’s Talk About It EP followed by Exposion. It’s my go-to,  late night, ‘gotta wake my ass up to get some work done’ combo.  I just love their stripped down Stooges/White Stripes vibe. Feels really good. And seriously rocks! 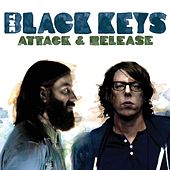 What a sexy album this is.  And their collaboration with Danger Mouse on this album adds subtle layers of complexity to give it a more ethereal and eerie sound than their prior releases. Sooo good.

“I’ve been working on a cocktail called Grounds for Divorce…,” is the opening line from the rockin’ single, ‘Grounds for Divorce,’ off Elbow’s fourth and best release to date, The Seldom Seen Kid.  The song is immense, snarling with emotion and emblematic of the theme of the album – the joys and sorrows of everyday life.

Listen to Grounds for Divorce.

5.  The Raconteurs, Conselors of the Lonely

‘The Rockintours’ as my 3 year old son calls them, this album was most definitely on heavy rotation throughout 2008.  To the point where he has developed an obsession with Jack White and tries to emulate his moves on his toy guitar.  Could Jack White be the rock god of his generation?  Very well could be.  He made demi-rock god status in my book after seeing them play at Bimbos earlier this year, one of my concert highlights of the year.  A relentless assault of rock and roll I haven’t seen the likes of in quite some time.

I’ve been a fan of The Duke Spirit since their first album, Cuts Across the Land, hit the US in 2005.  With their second release, Neptune, the band has clearly come of age.  The album is a seductive blend of lead singer Leila Moss’s bluesy-rock vocals and ferocious guitar riffs.   The songs, evoking images of sea gods and ships, are a journey of brooding intensity that, in the end, leaves me only to say… “All Hail The Duke Spirit.”

Listen to ‘This Ship Was Built To Last’

7.  School of Language, Sea from Shore 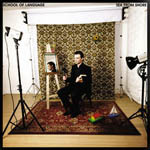 This album is almost entirely a solo project showcasing the genius of David Brewis, member of the on-hiatus group Field Music, and is a true album experience.  Like a mini rock symphony, the album starts and ends with a series of songs called ‘Rockists Part 1 and 2’ and ‘Rockists Part 3 and 4’.  Parts 1 and 4 are different versions of the same song but strung together and listened to in it’s entirety, is a stunning arrangement. The songs are exquisitely constructed and I love the way he plays with structures and sounds.

My biggest regret of the year?  Having to miss Beach House play The Swedish American Music Hall.  Grr. It’s such a lovely, lovely, album.  I love their etherial, haunting, lovelorn music and Devotion was a late night favorite on my headphones all year long.

9.  Department of Eagles, In Ear Park 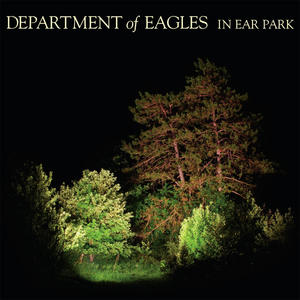 Department of Eagles is essentially a side-project of Grizzly Bear singer-songwriter Daniel Rossen, who developed its dreamy, autobiographical songs with college friend and cohort, Fred Nicolaus. Their latest album, In Ear Park, was developed over the years between the two, stealing time on weekends and between tours.

This is the kind of album that grows on you over time. As you dig deeper through the album, you’ll start to appreciate the complexities and amazing orchestral arrangements that continue to unfold listen after listen.

Listen to ‘Phantom Other’

Have you heard the one about this girl who walks into a bar in Austin, TX and sees Fleet Foxes for the first time?  Call it serendipity, call it love at first sight – er, listen – she’s smitten.  And so is the rest of the indie rock world.  With good reason.  Another one of my top live performances of 2008

Listen to ‘Sun it Rises’

Are you a Pavement fan? If you are, you’re gonna like the latest release, Heavenly Bender, from the Brooklyn-based quartet, Sam Champion.  Steeped in lo-fi, garage-rock jams, their sound may be a little too Wowee Zowee for the non-Pavement aficionado, but for me it’s the perfect combination as bands like Pavement /Stephen Malkmus represent everything I like in Indie Rock music – crunchy guitar jams sandwiched between sweet harmonies.  My indie rock PB&J.

12. Bon Iver, For Emma Forever Ago

Remember when this band was fresh on the scene and how great it was, for that brief moment, to have them all to yourself? Then suddenly they were everywhere and even your non-music friends started talking about them.  ‘Have you heard of this band called Bon IVER?’ At least we had the satisfaction to smugly correct them on their mispronunciation.  “It’s pronounced Bon Hiver – like good winter in French? Phht.”  Okay, maybe that was just me.  All kidding aside, this is such a beautiful album and truly one of my favorite live performances of the year.  It gave me goosebumps.

13. Helio Sequence, Keep Your Eyes Ahead 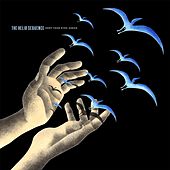 The Portland-based duo, The Helio Sequence, released their third album ‘Keep Your Eyes Ahead’ in January of this year; but it’s one of those records I just keep coming back to again and again.  It makes me feel so nostalgic. Perhaps it’s because there are moments on the record that sound so early U2/Joshua Tree I can’t help but feel that way.

This stripped down, two-man San Francisco band consists of Meric Long on guitar and vocals and Logan Kroeber on percussion.  Both are feature performers  – on the recording and live.  Their simplicity has drawn comparisons to a crop of new-primitivist bands like Yeasayer and High Places.  Whatever the case, you should listen to this album and make a point to see them live.  They’re mesmerizing.

15. Wintersleep, Welcome to the Night Sky 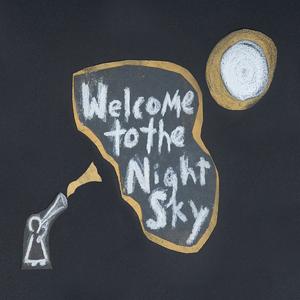 Welcome to the Night Sky is the third album for the Halifax-based Wintersleep, and one that seems destined for success in the US. Already quite popular in Canada, the band recently received the 2008 Juno award for ‘New Group of the Year’. Their sound is expansive with heavy, smashing guitars combined with delicate, heartbreaking vocals. A sound so well represented in the track ‘Drunk on Aluminum’.

Listen to Drunk on Aluminum: 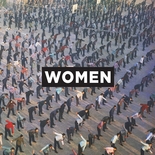 Women are a Canadian group (two of them brothers, actually) with their self-titled debut released July 8 on Flemish Eye Records.  I was very pleased to learn that Chad VanGaalen produced this album, of whom I’m a big fan.  He recorded the album in his basement on old tape machines and ghettoblasters.  To say their sound is lo-fi is an understatement. My guess is you’ll be hearing a lot more from this band. 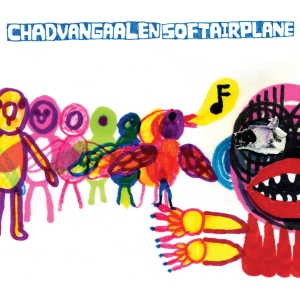 I adore this guy.  He’s a wonderful and interesting artist, a virtual one-man band who’s notoriously very reclusive and apparently obsessed with death and other morbid topics. I find a stark beauty in the basement-recorded ‘Soft Airplane’ (as well as a nice cover of The Shins ‘City of Electric Light’). And while it’s true that the basement can be a dark and scary place at times, it can also be filled with wonder and surprise. 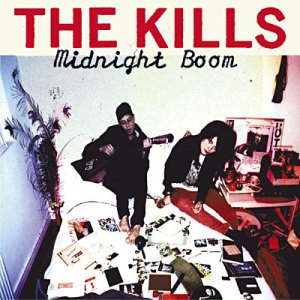 This Chicago quartet has been around for quite a while and there’s a comfort in the familiarity and consistency of their music.  Their latest release, Car Alarm, is no exception.  One of their best albums in over a decade.  I’ve been listening to their electronic grooves a lot. Mellow yet powerful at the same time, they are firmly rooted in Indie rock with a splash of that electronica sound I like so much. It’s smooth, well balanced, easy on the ears and layered with just enough complexity to keep it interesting listen after listen.  Like a fine wine.

Listen to ‘On a Letter’

Last, but certainly not least, is Juana Molina’s, Un Dia. This Argentinean singer /songwriter is an amazing interpreter of sound. I discovered her by chance many years ago opening for a band I can’t even remember now because her performance was so compelling and mesmerizing I’ve forgotten everything else about that night.  I’ve been an ardent fan of her dreamlike, hypnotic music ever since.  Her fifth full length album, Un Dia, is her most adventurous, upbeat and rhythmic release to date.

Get these albums free via eMusic’s 50 Free MP3 Promo

Argentinean singer/songwriter, Juana Molina, is an amazing interpreter of sound. I discovered her by chance many years ago at Bimbos, opening for a band I can’t even remember now because her performance was so compelling and mesmerizing I’ve forgotten everything else about that night.  I’ve been an ardent fan of her dreamlike, hypnotic music ever since.

Listening to Juana Molina is an experience in and of itself.  She’s mastered the art of looped acoustic guitar, percussion, keyboards, feedback and melodic vocals to bring to life the most far-out hypnotic sound you’ve ever laid your ears on.  Seeing her live, however, the experience transcends to another level for you realize all of this sound is created solely and independently by her.  She’s a one woman show and her talent is mind boggling.

Her fifth full length album, Un Dia, is more adventurous, upbeat and rhythmic than prior releases – making it probably more of a cross over album for her.  The feature track here, ‘Un Dia’, will give you a good sample of the beats to come on her album.  And it just gets better from there, looping and building in layers and complexity. ‘Los Hongos de Marosa’ is a highlight of the album for me.

If you’d like to dig deeper into Juana’s musical psyche, take a look at this video.