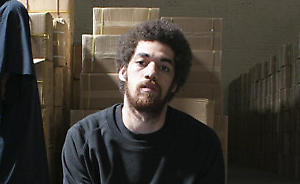 I realized after obsessing this week over Beck’s new album, ‘Modern Guilt‘, that I was listening to yet another Danger Mouse production. What is this guy up to and what else is he working on? A lot, so it seems.

Danger Mouse (aka Brian Burton) is famously known for remixing Jay Z‘s ‘Black Album‘ over samples from The Beatles ‘White Album’ to create, ‘The Grey Album.’ From there he collaborated with Cee-Lo (as half of Gnarls Barkley) to release the hugely popular ‘St. Elsewhere’. He’s also produced the debut album from The Good, The Bad and The Queen, and the latest releases of Sparklehorse, The Rapture and Gorillaz.

This year he’s in top form with producer title for the following releases:

With his influences firmly rooted in electronica/trip-hop, I’ll definitely be tracking his next move.