I read recently in both Gizmodo and TechCrunch now of the upcoming launch of Vevo,  a site billed as the ‘premium online music hub built for consumers, advertisers, and content owners..’. The site is a collaboration between Universal Music Group and YouTube and is expected to launch later this year.  The launch of the site will feature UMG’s catalog of music videos powered by YouTube’s technology. The two companies will share advertising revenue generated by the site. Reportedly, deals with other labels are in the works.

Why launch a portal for music videos when you can essentially get them for free now on YouTube? It’s a question many are asking, but I suspect Google plans to change the game a bit on music content.  I highly doubt the site will just stream videos.  I’m sure it will be community driven and designed to separate the YouTube hack from the professional, high-quality VEVO content.  So no more scrolling through bogus, homemade videos to find the content you’re looking for.  Yeah! Considering ad revenues on music video content is an area that UMG actually made money, the venture makes sense. Labels need to figure out somewhat to make money these days, don’t they?

I’m quite the Rock Band junkie and have pretty much appointed myself house drummer.  Play with me and you’re relegated to vocals or guitar, but drums are off limits.  Not that I don’t like to share and all; it’s just too painful to watch a newbie flail around on the drum pads, and only a matter of time before they inadvertently pause the game mid-song by whacking the XBox menu button instead of the pad.  Grrrrr.

I started to seriously drool when Adam forwarded me this post from Gizmodo about this new third party Ion Drum Kit available with the impending release of RockBand 2 in September. This isn’t the drum kit shipping with Rock Band 2, you’ll have to pay $300 for this one.  But my, isn’t it pretty?

There’s also a new crop of songs coming with Rock Band 2 to get excited about.  But until then, we’ll be rocking out to the best Rock Band song EVER! 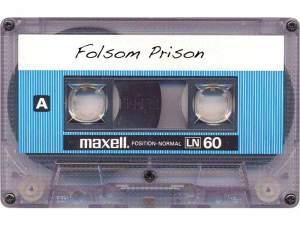 Okay, more notes on a theme here, but I couldn’t resist poaching this hilarious post from Gizmodo today. See full post here, or read on:

“Los Angeles mail order catalog Pack Central may have found the last untapped pocket of consumers willing to pay retail for their music on physical formats—the cellblocks of our great nation’s prisons. And not just any format—turns out, music on cassette is the only way to get tunes that isn’t screened out as a potential deadly weapon. Wait, they still sell new music on cassettes?

Apparently so. Weezy’s “Tha Carter III,” Usher’s “Here I Stand” and Mariah Carey’s “E=MC2” are all among Pack Central’s current best selling tapes. If you’re man enough to rock the new Mariah Carey on cassette in the slammer, my hat’s off to you—I only feel comfortable singling you out from the safe confines of the internet.

Anyway, CDs are apparently too easy to splinter into a shiv (for disciplining the dude who laughed at your Mariah tapes), and the company even has to remove the metal screws from their tapes before shipping them out to get by the screeners (you guys make a good point below, though—I guess the cassette shivs are not as worrisome). The guy who keeps all those 20-year-old Walkmen in operating condition must be swimming in bartered cigarettes.”