I’ve said it before and I’ll say it again, I’ll take Dan Boeckner over Spencer Krug any day. If that statement is means nothing to you, let me explain. Dan Boeckner is a member of the famed Wolf Parade along with lead singer, Spencer Krug. Both have had numerous side projects (Dan with Handsome Furs, and Spencer with Sunset Rubdown and Swan Lake most notably) but while Spencer grabs most of the limelight, Dan is the one who steals my heart time and again. His energy is infectious and the passion and chemistry he and wife Alexi Perry exude in their side project, Handsome Furs, is so palpable and irresistible you just want to climb on stage and start making out….with both of them. They have a good thing going and I’m very excited for their forthcoming effort, Sound Kapital, set to release on Sub Pop this June 28th. And if this album cover is any indication of the material inside, they are as hot as ever.

The Handsome Furs finally made their way to San Francisco this week and, well…this was pretty much what the show was like – HOT! Their energy, connection, passion and performance on stage was raw and magnetic. The husband and wife duo bared it all for the audience (figuratively speaking), pouring their souls into their music and each other, feeding one another into a frenzy and into heaps on the floor several times throughout the night.

There were moments when I thought Alexi Perry was going to dive through her drum machine back into the Matrix, only to be brought back from the edge by the dashing Dan Boeckner’s embrace and kiss. For real, people! It was truly amazing and inspiring to watch two people so connected and effusive. If it wasn’t rock and roll it might have even been a little sappy.

Oh, and I haven’t even talk about the music yet.  I love these guys and have been remiss for not featuring their new album, Face Control, on this site yet.  It’s sure to be on my top album list of 2009.  Just like their sleeper debut Plague Park was in 2007.  Face Control is definitely more upbeat and dancey, likely inspired by their romp through the clubs of Eastern Europe.  Boeckner’s straightforward rock and songwriting shine in this album. as it does in his work with Wolf Parade. I’ll take him over Spencer Krug any day. 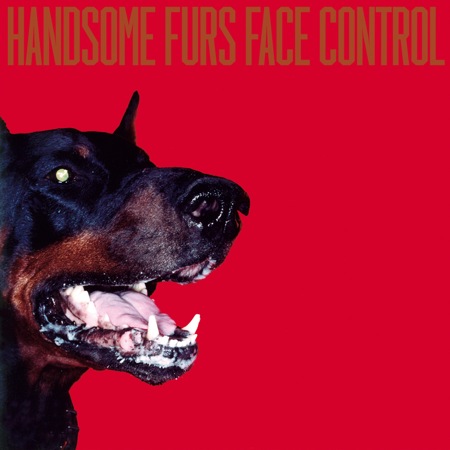 Montreal’s Handsome Furs have a new album on the horizon! Their second effort, Face Control, is due out on Sub Pop Records 3/10.

The side project of Wolf Parade‘s guitarist and vocalist Dan Boeckner and his wife Alexei Perry, Handsome Fur’s Face Control ‘draws inspiration from Eastern Europe and re-maps Eastern Bloc surveillance state themes to contemporary life and the irony of our acceptance and embrace of self-monitoring, through blogs and facebooks and myspaces and credit/debit accounts and surveillance cameras and GPS devices.’  Confused?  Just listen to this new track, ‘I’m Confused’.  And if you haven’t already heard their debut album, Plague Park, do so now. It was one of my favorites for 2007. 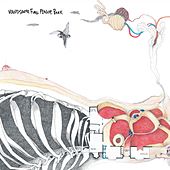 
The influence and reach of Montreal-based Wolf Parade and its members is quite astonishing.  I’ve always been intrigued by Spencer Krug and his impressive list of side projects.  (Sunset Rubdown was one of my favorites last year.)   Now Wolf Parade guitarist and vocalist Dan Boeckner has his own, Handsome Furs.

Formed as a concept project with his drum-machine playing wife, Alexei Perry, in 2006, the duo booked a tour before even they’d even written a song. The two holed up in an apartment belonging to members of the Arcade Fire and wrote their debut album, Plague Park.

Featuring a drum machine, guitar and Beck-like vocals, their sound is dark, bare and stirring.  I love it.