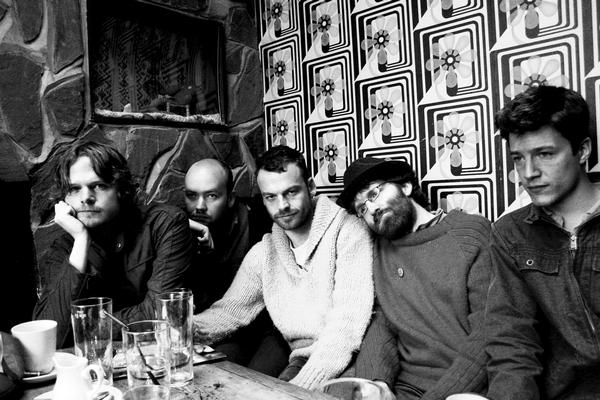 Sticking to the folk theme today, here’s a UK chamber quintet I quite like listening to, The Miserable Rich. I don’t know if they’re rich, but they look pretty miserable in this photo, don’t they?

All kidding aside, the band – whose name was inspired from an experience they had playing at the wedding of two ultra-rich aristocrats in Rome – has an orchestral folk sound that evokes qualities of Andrew Bird.  It’s beautifully sweet, tender and easy on the ears.  Their 2008 release “Twelve Ways to Count” is a home recorded gem and one of my go-to ‘wind down’ albums at the end of the day.  “Monkey” is an acoustic version of the one of the tracks off the album released earlier this year. Enjoy.