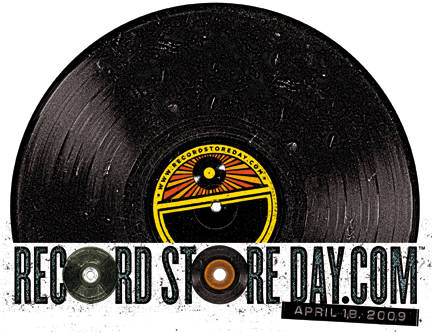 Saturday is Record Store Day, the one day of the year that all of the independently owned record stores around the world come together with artists to celebrate music (and help keep the independent record store alive).  A ‘holiday’ born in San Francisco, the first official Record Store Day was held at Rasputin Music with Metallica on April 19, 2008 and is now celebrated the third Saturday every April.

There are lots of good live music and fun events happening around the Bay in support of the cause.  Be sure to check the Record Store Day website for participating locations. Amoeba in San Francisco will be featuring giveaways every hour, a contest to win a turntable package and special appearances by John Vanderslice, Loquat, Kelly Stoltz and Aesop Rock.  And, get this, The Silversun Pickups are performing live at Rasputin in Berkeley at 4PM.  Yowza!