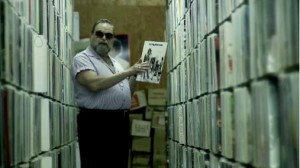 If you want evidence that the digital music era is here to stay, look no further than this story. An interesting post on Gizmodo reported that Paul Mawhinney, owner of the worlds largest vinyl record collection, is trying to sell his inventory of 3 million records. Unfortunately, he says “no one gives a damn.”

Paul used to run a record store and never sold the last copy of any album or single.  Over the years he has amassed an impressive collection of over 3 million records. Now in failing health, he’s trying to sell it. The collection has been appraised at $50 million but he’s asking a mere $3 million.  He’s had no serious offers.

While this is clearly a sign of the times, it is pretty sad that no one is stepping up to preserve such a piece of history as this.  Hey, why doesn’t the RIAA buy it?  Clearly they’re stuck in the analog music model anyway.  That would actually be a useful function of the organization – to preserve history, as opposed to thwarting progress.