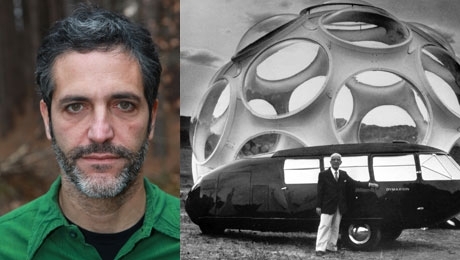 I had the pleasure of dining with Academy Award nominated documentarian Sam Green a while back when I heard of this amazing SF MOMA art project and collaboration with indie super stars Yo La Tengo he was masterminding called, “The Love Song of R. Buckminster Fuller.” To put it in context, the SF MOMA is on the verge of launching an exhibit honoring Buckminster Fuller – the eccentric designer, inventor, theorist and futurist forever associated with the creation of the famed geodesic dome. The exhibit will open at the SF MOMA on March 31. Part of the programming schedule will feature a documentary retrospective by Sam Green exploring Fuller’s utopian vision. Green’s imagery and narration will be backed by live music from Yo La Tengo. Two live performances will take place May 1 at 7PM and 9PM. Tickets are on sale now through the San Francisco Film Society. An event not to be missed, so get on it now! They won’t last.