Tuesday night, San Francisco’s Rickshaw Stop played host to quite a line up of music, featuring our very own Girls and Brooklyn’s The Pains of Being Pure at Heart.  I was there primarily for Girls and was pleased to see them pack the house. I’ve been smitten with this band for a while, (especially their drummer – he rocks!) so it’s nice to see them get their due recognition.

But I must admit I was pleasantly surprised with the Brooklyn hipster quintet with the annoying name, The Pains of Being Pure at Heart. I hate even typing it and I could never quite make it through the entire album.  Listening to it always felt like a game of name that 80s band.  While I still stand by my opinion that their sound is a bit redundant, they definitely played a powerful and most enjoyable set. 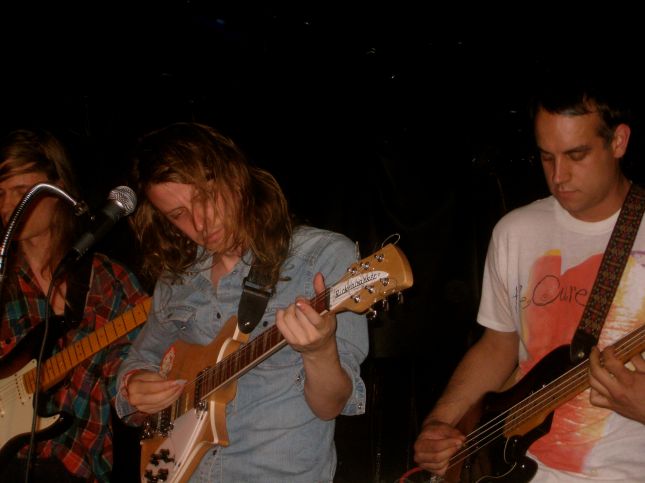 I just couldn’t resist heading over to The Stud last night – one of  San Francisco’s oldest and most legendary queer establishments – to see our hometown heros Girls play.  It was a rare opportunity for me to a) have an excuse to patronage the joint and b) see one of my favorite bands play a most unconventional venue and c) enjoy a little tranny action between sets.  Only in San Francisco! With the added bonus of 2 for 1 drinks at the bar, we all wondered why we weren’t frequenting the place more often.

The band’s full length debut album, entitled Album, will be released on Matador Records September 22.  Album’s seven-minute opus, “Hellhole Ratrace,” rated by Pitchfork as “one of the 100 best songs of the year,” will be available prior to the album’s release date on a limited-edition 10″ vinyl single.

San Francisco, if you didn’t catch them at The Stud, they will be playing July 21 at The Rickshaw Stop with Pains of Being Pure At Heart.  In the meantime, enjoy their latest video for “Hellhole Ratrace”.