Adrian over at IPickMyNose is hosting a nice line up of music tomorrow night at the Bottom of the Hill featuring the lovely Rural Alberta Advantage (a veritable tongue twister of a name, I tell ya.), and the Bay Area’s Okay and Half-Handed Cloud.

I had the opportunity to see Rural Alberta Advantage for the first time at SXSW this year opening for Grizzly Bear.  It was an unexpected and surprising performance that definitely got people talking.  Go see for yourself!

Leopold and His Fiction

Do you like bluesy, southern fried garage rock in the style of The Black Keys, White Stripes and Kings of Leon? Then I think you’ll like this San Francisco trio called Leopold and His Fiction. I sure do.  Their self-titled debut is out now and are expected to release a new album early 2009.

I was taken the first time I heard Fremont-based band, Okay.  Mostly by Marty Anderson’s voice, which is strange, compelling and beautiful all at the same time.  His sound may not resonate with everyone but I find his songs with simple lyrics and sparse instrumentation achieve something bigger. 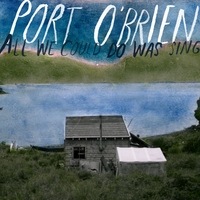 Oakland-based Port O’Brien has received critical acclaim for their autobiographical second album, All We Could Do Was Sing. Their ragtag indie folk/rock sound evokes the sounds of Neil Young and Bon Iver at times and back porch, drunken singalong sessions at others.