Things That I Would Like To See Disappear Forever in 2010: Any band listing Animal Collective as an influence.
Genre With The Least Staying Power: Chillwave, Glo-fi, et al.
What I Have High Hopes For in 2010: 1) Bands who remember that the guitar is indeed an instrument. 2) LIARS LIARS LIARS!!!

A few days of that and you get this – my Sayulita Mixtape.  Yup, this suits my state of mind right now. Just add surf, sand and cerveza and hit play. Enjoy.

Off the latest album from Built to Spill, There is No Enemy, the band’s seventh album and first since 2006’s You In Reverse.“…It doesn’t matter if you’re good or smart. God damn it, things fall apart.” 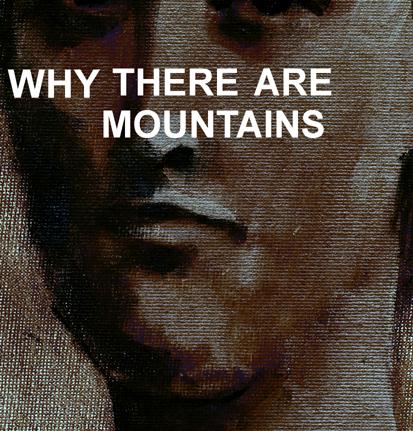 Artist: Cymbals Eat Guitars
Album: Why There Are Mountains
File Under: Indie Rock
Recommended if You Like: Pavement, Built to Spill meets The Polyphonic Spree
Featured Tracks:

“And the Hazy Sea”

One of the drawbacks of travel when you’re a music snob is losing control of your musical destiny.  Such was the case the other day as we were sailing around the Aegean Sea being force fed hefty doses of Cheap Trick. (By the way, if that’s the worst form of suffering I have to endure on this trip, I’ll take it.) After the third listen, I couldn’t help help but kindly suggest that maybe the captain might like this new band called Cymbals Eat Guitars?  The band name is certainly kick ass enough for his classic rock sensibilities anyway.  And their sound kind of has that Cheap Trick meets Polyphonic Spree meets Built to Spill vibe.

I don’t know if he’ll follow up on that suggestion but he should.  Cymbals Eat Guitars’ debut release Why There Are Mountains is likely one of the best ‘Indie’ releases this year.  And I say Indie in the true sense of the word because the album was actually independently released.  I’ve been listening to it repeatedly on this trip and it’s really grown on me.  A real grower, not a shower as they say.  This is indie rock at it’s finest, folks. Their songs are ambitious and epic (most tracks clocking in at more than 5 minutes each), with waves of smashing guitars and distortion that ebb and flow as effortlessly as the Agean Sea we’re sailing on.  Brilliant.

Are you a Pavement fan?  If not, stop reading this RIGHT NOW.  I’m sorry to say we can no longer continue this relationship.  If you are, you’re gonna like the latest release, Heavenly Bender, from the Brooklyn-based quartet, Sam Champion.  Steeped in lo-fi, garage-rock jams, their sound may be a little too Wowee Zowee for the non-Pavement aficionado, but for me it’s the perfect combination as bands like Pavement /Stephen Malkmus represent everything I like in Indie Rock music – crunchy guitar jams sandwiched between sweet harmonies.  My indie rock PB&J.  That and I like the band’s sense of humor.  Check out their promo video below.

Listen to ‘Be Mine Everyone’: